Azerbaijan’s satellite operator Azercosmos OJSC continues to make rapid progress. Azerbaijan’s telecommunications satellite, Azerspace 2, reached its test orbit on December 18. The company noted that the satellite will be in test operation for about two months, after which it will be placed in its final orbit of 45 degrees east longitude.

The launch of Azerspace-2 was carried out from the ELA-3 launch complex of the Guiana Space Center on September 26, 2018 by the Ariane 5 launch vehicle of the French company Arianespace. The satellite is designed to provide a number of telecommunications services. Its service area includes countries in Europe, Central and South Asia, the Middle East and Africa.

On May 3, 2010, Presidential Decree established Azercosmos OJSC with the purpose of implementing the launch, operation, and exploitation of telecommunication satellites for Azerbaijan. On October 2017, Azercosmos OJSC became accountable directly to the Cabinet of Ministers.

Azerbaijan’s Azercosmos OJSC operates satellites and other devices used at different heights in order to support the country’s socio-economic development, commercial, scientific activities and for state purposes. This is stated in the amendments to the decision of Azerbaijan’s Cabinet of Ministers “On approval of Charter and structure of Azercosmos OJSC.”

The amendments says that Azercosmos will represent Azerbaijan in the INTERSPUTNIK International Organization of Space Communications, the European Telecommunications Satellite Organization, the European Space Agency, the UN Committee on the Peaceful Uses of Outer Space, and will also cooperate with space agencies and organizations of other countries in the field of peaceful use of space.

“Azercosmos” OJSC, the only satellite operator in Caucasus, has been awarded the ISO 27001 Certificate of Information Security, based on the certification audit conducted by Bureau Veritas, the leading international certification body.

According to the results of the certification audit conducted by the leading international certification body “Bureau Veritas” on July 10-14, Azercosmos was awarded an IT Security Standard certificate – ISO 27001in 2017.

With ISO 27001 certification, Azercosmos will improve the level of information exchange system, protection and security standards much further.

Currently, modern equipment and software are being implemented with satellites management at the Main Satellite Ground Control Station of Azercosmos. Thus, the application of the international ISO 27001 certification will serve to increase the security of the satellite management process as well.

The first communication satellite, Azerspace-1, was launched into geostationary orbit at 46 degrees east longitude on February 8, 2013. The launch of the satellite was carried out from the Kourou spaceport by the company Arianespace.

Currently, its service area includes countries of Europe, the Caucasus, Central Asia, the Middle East and Africa. As for March 2018, the total revenues of Azercosmos OJSC from the operation of Azerspace-1 and Azersky satellites have reached $91 million.

The income from using the first telecommunications satellite amounted to $ 72 million. At the same time, the country earned $ 19 million from using the Azersky satellite, operating since 2014 and intended to monitor the surface of the Earth. Azerbaijan’s revenue from the operation of Azersky is expected to exceed $200 million within the next decade.

In addition, Azercosmos launched the new satellite Azerspace-2/Intelsat 38 on September 25, 2018. The satellite has been designed to provide a number of telecommunication services and will serve two operators – Intelsat SA and Azercosmos OJSC. It was placed at a geostationary orbit 45 degrees east longitude and its service area will cover the countries of Europe, Central and South Asia, the Middle East and Africa.

The lifetime of the satellite in orbit will be 15 years. The new satellite worth $190 million is projected to bring $400 million revenue to Azerbaijan’s economy. 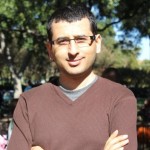 Azerbaijan is blasted by Eastern Partnership Index for sustainable development

Just how to Download Tinder in Secret.Now use simple methods and browse all the way down.

Most Useful Full Figured Relationship Web Sites. There are ways to render online dating a little convenient and also to put the fun in to internet dating

Passionate good morning sms for her a taste of treasured