Baku is expecting the world community to have the final say on the peaceful settlement of the Armenia-Azerbaijan Nagorno-Karabakh conflict, Azerbaijani Ambassador to Minsk Latif Gandilov said in an interview with RIA Novosti.

“In order to resolve this issue in the near future, the final say of the world community is necessary,” said Gandilov. “Here we often encounter double, triple standards. It is important to adhere to international law and justice.”

Answering the question when Minsk can host a conference where the Karabakh conflict will be finally settled, the ambassador said that Baku hopes for an early resolution of this issue.

He said that the people of Azerbaijan have been waiting for a just, peaceful solution of this issue for 26 years, adding that Armenia isn’t willing to resolve the conflict peacefully and protracts its settlement.

Gandilov also noted the stance of Belarus on the Nagorno-Karabakh conflict.

“I am very pleased with the Azerbaijan-Belarus relations,” he said. “Belarus understands our problems. In particular, I am very satisfied with the objective position of Belarus on all important political issues, including the Nagorno-Karabakh conflict.”

“Belarus has no double standards, this is very important; it always stands for justice,” the diplomat stressed.

He noted that Belarus has always been active in this issue.

“Even the name of the OSCE [Minsk] Group in the negotiation process on the conflict’s settlement shows that Minsk is always in the spotlight of events,” added Gandilov.

Answering the question what Minsk can do for a peaceful settlement of the conflict, Gandilov noted that firm stance of Belarus on the territorial integrity of Azerbaijan says a lot.

The conflict between the two South Caucasus countries began in 1988 when Armenia made territorial claims against Azerbaijan. As a result of the ensuing war, in 1992 Armenian armed forces occupied 20 percent of Azerbaijan, including the Nagorno-Karabakh region and seven surrounding districts.

The 1994 ceasefire agreement was followed by peace negotiations. Armenia has not yet implemented four UN Security Council resolutions on withdrawal of its armed forces from the Nagorno-Karabakh and the surrounding districts. 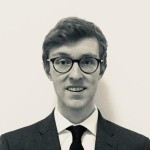 Alignment Data wagers on release loans to secure most merchants

How to eliminate or reprogram your Best Friends on Snapchat.