Documents signed between Azerbaijan and Turkmenistan demonstrate the practical significance of President Ilham Aliyev’s visit to Turkmenistan, according to Hikmet Hajiyev, Deputy Head of the Foreign Policy Affairs Department of the Azerbaijani Presidential Administration. The meeting took place on November 21.

Hajiyev noted that the expansion of international ties of Azerbaijan, the president’s official and working visits to other countries, the development of mutually beneficial cooperation with other states, the country’s receiving the foreign heads of state and government and other high-level officials are of particular importance.

“Before the visits of the head of state to other countries, a detailed and informative agenda is formed; the visits are of more productive nature, they serve to further deepening of cooperation in the economic, trade, humanitarian and other areas,” Hajiyev said. “Naturally, the Armenia-Azerbaijan Nagorno-Karabakh conflict and issues of regional and international security are a priority in the president’s agenda.”

Hajiyev noted that this week there were two official visits of the Azerbaijani president – to Belarus and to Turkmenistan.

“Azerbaijan has historical and traditionally friendly relations with both countries,” said Hajiyev.

“The talks between President Ilham Aliyev and President of Belarus Alexander Lukashenko that lasted more than two hours, the signing of about 10 documents, in particular the Joint Declaration, signed by the leaders of the two countries, opened up broad prospects for further deepening of strategic partnership.”

Hajiyev stressed that the Joint Declaration signed by the two heads of state noted the importance of resolving the Armenia-Azerbaijan Nagorno-Karabakh conflict in accordance with the resolutions of the UN Security Council and on the basis of territorial integrity, sovereignty and inviolability of borders, which are generally accepted principles of international law.

Turkmenistan expressed interest in expanding cooperation with Azerbaijan and in the president’s official visit there, said Hajiyev.

“Thus, before the president’s visit, the deputy prime minister and the foreign minister of Turkmenistan visited Azerbaijan. In 2017, the Declaration on Strategic Cooperation between Azerbaijan and Turkmenistan was signed. The Declaration defines the development of ties between the two countries in line with strategic cooperation.”

“The signing of 20 agreements and a joint statement by the two heads of state as part of the visit that took place Nov. 21-22 openly demonstrates the practical significance and results of the Azerbaijani president’s visit.”

He noted that the heads of state in a joint statement signed as part of the visit reaffirmed that the friendly countries of Azerbaijan and Turkmenistan strongly support the territorial integrity and inviolability of internationally recognized borders of each other.

Hajiyev noted that multimodal transport systems, seaports, as well as road and transport infrastructure were created in Azerbaijan and Turkmenistan.

“President Ilham Aliyev’s visit to Turkmenistan and the documents signed during the visit gave a solid momentum to integration and harmonization of the transport systems of both countries, the creation of a legal framework for cooperation in transportation and other areas,” Hajiyev added.

“Azerbaijan and Turkmenistan are making an important contribution to the development of the East-West Transport Corridor not only at the regional level, but at the level of the whole Eurasian continent.” 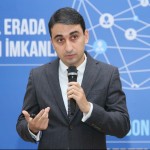 Age Hookups Reviews.All reactions cost about equal, it appears as though they have been directed by bots.